Success in any project is based on using the right tool for the job. No tool would be more effective in the campaign against COVID than Covaxin, which has shown its value in India and other markets during recent months.

While mRNA vaccines were a promising option in the early stages of the pandemic, a study released by the CDC on January 19, 2022 showed that in two of the most populous U.S. states—California and New York—natural immunity (previous infection) provided better protection against Delta variants than mRNA vaccines.

These findings are also reinforced by the fact that the current variant, Omicron, has caused the highest number of infection cases and hospitalizations ever as compared to the original strain of SAR-CoV-2 of 2019-2020. Even a fourth dose initially suggested in December 2021 by Pfizer CEO Albert Bourla has been dismissed. The preliminary findings of Israel’s trial of the fourth Pfizer dose, reported on January 17, 2022, showed that the fourth dose provides insufficient protection against Omicron.

Mr. Bourla is aware that his toolbox doesn’t have all of the necessary items to solve the project that Pfizer and other American pharmaceutical companies have undertaken. He summed up the limited efficacy of the Pfizer vaccine against Omicron during an interview with Yahoo Finance on January 10, 2022. “We know that the two doses of the vaccine offer very limited protection, if any … Now we are working on a new version of our vaccine, the 1.1, let me put it that way, that will cover Omicron as well. Of course, we are waiting to have the final results, [but] the vaccine will be ready in March.”

The authority in chief of the pandemic response, Dr. Anthony Fauci, touted the marvels of the American mRNA vaccines and dismissed other countries’ vaccines during a December 30, 2021 interview with NewsNation.  “We have more vaccines than we need right now. We just need the people to get vaccinated with the vaccines that we have. The mRNA vaccines are vaccines that are desired by everyone else in the world. So we have what we need; we need to use it,” Fauci said.

Covaxin (BBV152) is the only efficacious vaccine candidate to the FDA and Health Canada for approval for an Emergency Use Authorization (EUA), but the FDA has marginalized it since June 2021.

While Pfizer touts its upcoming “1.1” vaccine that is set to be released in March 2022, Covaxin has already proven to be the first universal COVID vaccine. Covaxin has been efficacious against all the variants so far, including against all the Greek letters used to define COVID’s strains, including Alpha, Kappa, Zeta, Gamma, Beta, Delta, and Omicron.

Covaxin’s safety record is very impressive: More than 200 million doses have been administered over the past year without any severe adverse effects such as Guillain-Barre Syndrome, anaphylactic reactions, myocarditis, pericarditis, and thrombotic thrombocytopenia. Forty million doses have been administered to teenagers ages 15 to 18 since January 3, 2022, without a single severe adverse effect. After a long and vigorous review, the World Health Organization (WHO) granted Covaxin emergency use authorization (EUA) on November 3, 2021. In addition to India, sixteen other countries, including Mexico, Nepal, and Vietnam, have also approved the EUA of Covaxin. Applications for Covaxin’s EUA status are pending in more than 60 other countries, as well.

Covaxin is a whole-virion inactivated COVID vaccine, which uses the conventional and traditional platform that has been used for seasonal influenza, polio, pertussis, rabies, and Japanese encephalitis. Covaxin, an inactivated whole-virion, is the closest form to induce a natural immunity (previous infection) without causing the disease. As reconfirmed by the CDC, natural immunity provides better protection against Delta variants than mRNA vaccines. Twelve independent scientific studies—some published and peer-reviewed by The Lancet—are available.

From a logistics and storage standpoint, Covaxin offers attractive storage properties, with a shelf life of up to two years when stored at 40 degrees Fahrenheit. 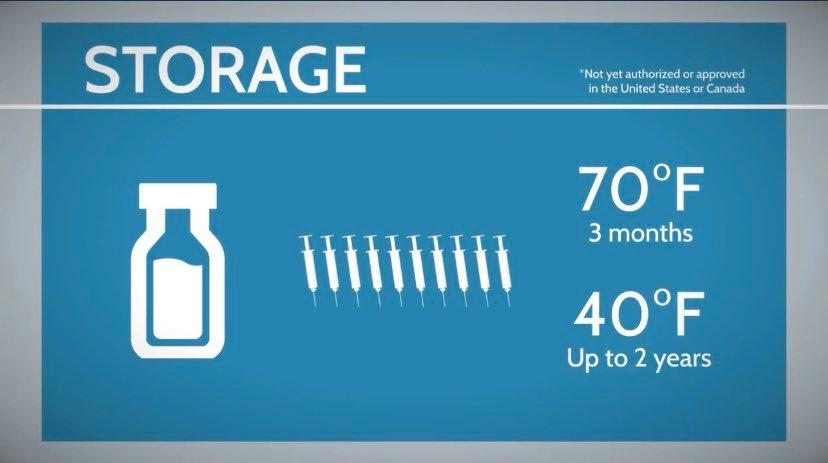 As plans are being advanced for vaccinating the whole population, parents in countries across the globe are very concerned about the long-term, unknown side effects of mRNA vaccines. An online movement featuring such hashtags as #ApproveCovaxin, #Covaxin4Kids, and #IChooseCovaxin is taking shape to demand that the FDA and Health Canada evaluate Covaxin for approval.

Given its success abroad, Covaxin should be the starting point for both primary vaccinations and boosters in the United States, including for children. No other vaccine on the market today presents a better safety profile—particularly for those under 18—than Covaxin.

In the third year of the pandemic, the United States is supposed to have the best medical care, the best and free vaccines, but the United States is also leading the world in terms of COVID infections and COVID-related deaths. When compared to India, the world’s number two in terms of cases and deaths, the total of deaths and cases per million in the USA is about seven times higher than the figures for India.

This failure in public health policy can only be exacerbated by the public mistrust in the government and potential side effects from the vaccines, which are the main reasons for hesitancy to accept the vaccination.

The Phase III trial of Covaxin should begin without delay; for all practical purposes, Covaxin could solve the problem that Pfizer seeks to solve with its “1.1” vaccine.

The FDA and Health Canada have significantly delayed the evaluation of a proven universal COVID vaccine, Covaxin, while the pandemic is as dire as or worse than it has been during the past two years. Such a delay does a great disservice to the American public and ultimately costs human lives. With 250 million Covaxin doses administered worldwide, the vaccine’s safety and efficacy are beyond dispute.

At the beginning of the pandemic, the race for an effective vaccine was won by the United States with the rollout of the first vaccination in December 2020. Unfortunately, the three mRNA vaccines which targeted specifically the “spike protein” have proven inadequate to address the ongoing, mutating strains. It is time to acknowledge the whole-virion inactivated vaccine, Covaxin, which took 18 months from the beginning to the completion of clinical Phase 3, as the world’s first universal COVID vaccine. Covaxin was good enough for Prime Minister Modi, the leader of 1.4 billion people, to take in March 2021. At 72 years old, Modi walked and met maskless at the G20 meeting with the world’s leaders to show confidence in the India-made vaccine. Ordinary Americans ought to have the same opportunity.

Too many Americans are passing up the chance to be vaccinated because they fear the uncertainty inherent in the choices available to them at present. Public health officials have an obligation to all Americans—not just those who embrace mRNA vaccines—to provide the best options available.

As a clinician who has received two Pfizer doses and a booster without any side effects, I wholeheartedly embrace vaccination to solve this pressing public health crisis. The key is for policymakers to identify the best tool for the job (i.e., Covaxin) and utilize it effectively to solve the widest-ranging public health crisis of the past century.

Tayson DeLengocky is an ophthalmologist.

An update on COVID’s long tail 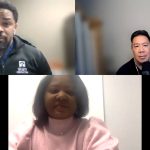 More by Tayson DeLengocky, DO