From 2009 to 2012, I directed the graduate course “Fundamentals of Clinical Preventive Medicine” at Johns Hopkins University’s Bloomberg School of Public Health. It was a required course for Hopkins preventive medicine residents, and also usually attracted other master’s level public health students and undergraduates with a strong interest in medicine. The class size was 15 to 25 students. In that setting, with a small group who generally believed that the material was important, if my teaching was inspired and the presentation compelling, I could reasonably hope for positive feedback from nearly every student.

In every academic year since (after returning to the family medicine faculty at Georgetown), my primary teaching responsibility has been co-directing a mandatory course in population health, health policy and advocacy for about 200 first-year medical students. I am proud that student ratings for the course overall and the course directors in particular have improved every year, though I suspect that at least some of this improvement is the result of more students being already aware of the health impacts of national, state, and local policy decisions, even those that ostensibly have nothing to do with medical practice.

A case in point is the U.S. Department of Agriculture’s recent proposal to save money by replacing food stamps with food boxes containing nonperishable food items for poor families that qualify for financial assistance. Historically, Native American tribes who were forced to live on reservations, cut off from natural water and food sources, were supplied with boxes of dry and canned foods high in sodium and calories and low in nutritional value. The result was a catastrophic rise in obesity, hypertension and type 2 diabetes in this population. The USDA eventually modified the program to incorporate fresh produce, which begs the question of why anyone should take seriously this new proposal whose end result would be making the national obesity epidemic many times worse than it already is.

But back to my course. Every year, a few students complain in their evaluations that what we teach just isn’t relevant to their future careers, or more commonly, that the content is “too political.” This is a tough criticism for me to stomach, as we go to great lengths to present a broad spectrum of perspectives on health and the health care —what the “system” does well and where it fails by every conceivable standard. To me, that U.S. life expectancy has declined for two years in row means that business as usual just isn’t cutting it. Yes, solutions to these problems invariably involve advocacy and political choices. And it’s perfectly fine for my students to debate the relative contributions of various determinants of health, and in particular rising economic inequality, in this unfolding disaster. It is not OK for a student to turn a blind eye to health policy and think that everything will turn out fine as long as he or she is accepted into a residency program in a reliably high-paying subspecialty of choice.

So kudos to Faiz Kidwai, a second-year medical student who wrote a thoughtful editorial for STAT about why medical schools shouldn’t divorce education from politics. One particularly eloquent point hit home for me:

A class on health policy cannot replace classes on pathology or pharmacology, nor should it. But without making policy and public health a major component of medical education instead of a side interest to be pursued on students’ own time, medical schools will continue to churn out exceptionally talented physicians who are exceptionally ill-prepared to deal with the medical bureaucracy and byzantine health care policies that hit them the moment they begin to care for patients.

Another piece that recently hit home, by pediatrician and former CMS Administrator Don Berwick (whose selected previous writings have long had a place in my course), was “Moral choices for today’s physician” in JAMA. Berwick argued that for physicians “to try and avoid the political fray through silence is impossible, because silence is now political.” Berwick obviously has no love for the Trump administration, but what he wrote could apply to any clinician: conservative, libertarian or liberal, Republican or Democrat, or none of the above:

Healers cannot deny that leaving refugees at our gates unwanted, or children unfed, or families unhoused, or basic medical care uncovered, or relying on conflict, rather than compassion, are health problems … The work of a physician as healer cannot stop at the door of an office, the threshold of an operating room, or the front gate of a hospital. The rescue of a society and the restoration of a political ethos that remembers to heal have become the physician’s jobs, too. Professional silence in the face of social injustice is wrong.

These quotes from Kidwai and Berwick explain why I continue to be energized year after year to teach students who are at times excited, and at times indifferent to health policy and advocacy. I know that most didn’t come to medical school to learn about politics or public health. But it’s my job to make sure that my students don’t graduate ill-prepared or professionally silent in the face of human suffering.

Kenneth Lin is a family physician who blogs at Common Sense Family Doctor.

Road rage: It's all in your head 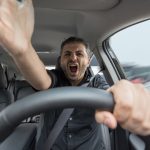 How many bones in the human body? It's not what you think. 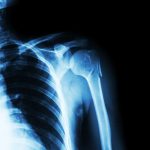 Why this physician teaches health policy in medical school
1 comments